The CCCS Adjunct Instructors Task Force was convened on June 13, 2014. Dr. McCallin attended the first meeting, charging the group with carefully examining the issues identified in the 2014 CCCS Adjunct Instructor Survey, reviewing trends regionally and nationally, and proposing options for System implementation. The Task Force held three, day-long sessions during Summer 2014, with the work of three subcommittees ongoing throughout the summer and early fall. The subcommittees examined the key issues identified by the Task Force members in their review of the survey results, literature, reports, and informal interactions. The subcommittees were identified as follows: Accessto Materials and Support; Pay; Appreciation, Respect, and Inclusion.

Utilizing the results from the Adjunct Instructor Survey, Task Force members identified key areas for their work and created sub‐ committees as follows:

Each subcommittee was charged to consider the following steps in their deliberations towards recommendations to be brought to the full Task Force: 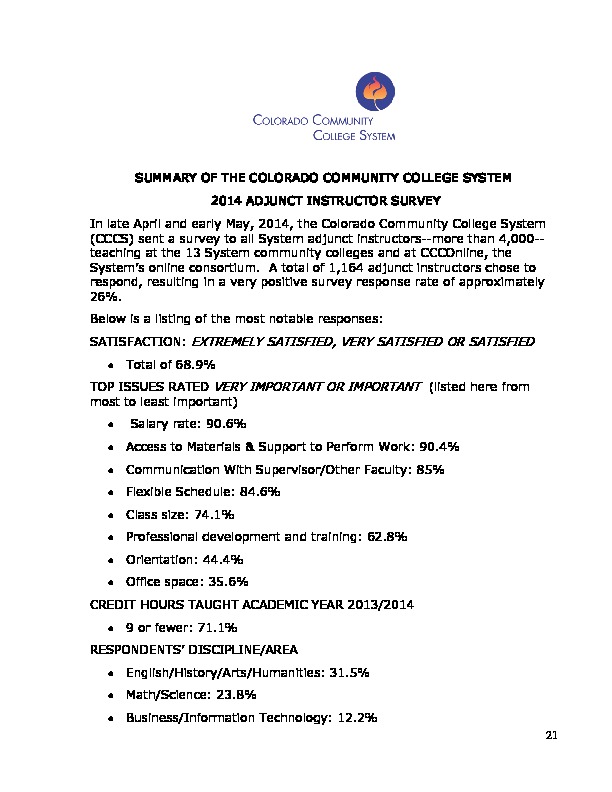